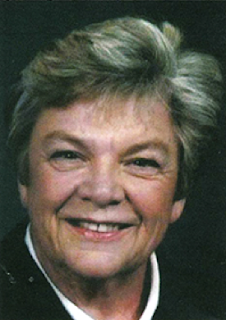 Rev. Dr. Patricia Fresen was born in South Africa, studied theology in
Rome at the University of St. Thomas and the Gregoriana, and was then invited to join the faculty of the National Seminary in Pretoria.  She later completed the Doctorate in Theology and after that she taught theology at the Catholic University in Johannesburg.   However, as a direct result of her ordination to the priesthood in 2003, Dr. Fresen was forced to leave the Dominican Order, of which she had been a member for 45 years; and she had to vacate her position at Catholic University. She subsequently left her homeland to take up residence in Germany.  In recent years, Dr. Fresen has returned to South Africa.  Ordained a bishop in 2005, Dr. Fresen has ordained many women priests in Europe, Canada the USA and now South Africa.  She has been a well-respected conference speaker and retreat leader in all those countries.  At present, her most frequently-requested topics are on the translation of the Gospels from the original Aramaic, which was the language of Jesus.  She did a course with Prof. Neil Douglas-Klotz on the Aramaic of the Gospels and she says it was life-changing.   She will speak in a PCS forum on 15th September about the Our Father translated from the Aramaic.

Message from Dr. Fresen about the Forum:

The language Jesus spoke was Aramaic, and the original texts of the New Testament were written in Aramaic, but unfortunately this is not generally known in the Western world.  In all our Western languages, we have used the Greek translation of the New Testament – and we forget that it was in fact, a translation from the original Aramaic.  Greek is a very different language from Aramaic, so translation is difficult.   In Aramaic, a word or phrase can often be translated in several ways, and usually all those meanings are held together, whereas in Greek the meaning is much more precise and the richness of the layers of meaning is absent. 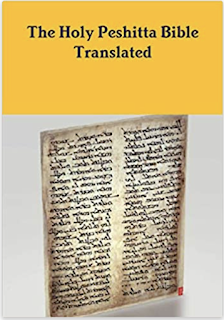 There is an Aramaic bible in existence, called The Peshitta, which the Christians in the Middle East use.  Some Aramaic scholars today are rediscovering the Aramaic text and translating it into English, German and other Western languages.  It is often astounding and very beautiful to read a translation directly from the Aramaic.  Because that was the mother-tongue of Jesus, a translation from Aramaic is obviously closer to what Jesus actually said and meant and it gives us a better understanding of Jesus and of his spirituality.  I use the translations by Prof. Neil Douglas-Klotz and some of these have been put to music by Christian Bollman, which you will hear.

I will try to open up for you the beauty of the “Our Father” as translated from the Aramaic language.  You will be amazed at the difference there is between our well-known version, translated from Greek, and the translation directly from Aramaic. This discovery has given me, I believe, a different, deeper understanding of Jesus which I feel compelled to pass on to others.  I am delighted to have the opportunity of sharing this with you.